Book your tickets now online or at the Visitors Center!

If you'd like to book a private tour, group tour, charter tour, or step-on guide, contact us! We can customize any tour to meet the needs of your group. 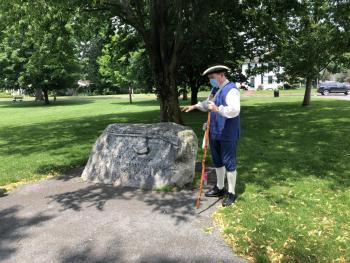 On the one hour Battle Green Walking Tour, you will explore the many notable sites surrounding this National Historic Landmark. It is considered consecrated ground, both for the bloodshed on it and for the Minutemen who are interred here. Some highlights include:

The Liberty Ride Trolley Tour is back. Learn more about that tour!

Post tour activities: after your tour concludes, stop for lunch at one of several great family-friendly spots, and then tour the three witness houses in and around Lexington Center. They are: the Hancock-Clarke House, Paul Revere’s final destination; Buckman Tavern, the militia’s headquarters; and Munroe Tavern, used as a British field hospital on April 19, 1775. 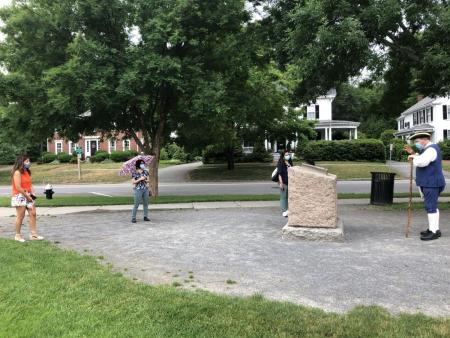 Private Charter Tours of the Battle Green can also be scheduled through the Visitors Center for larger groups of visitors.