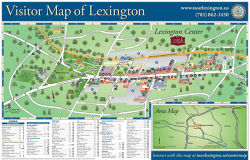 Linger a while and enjoy what we have to offer. 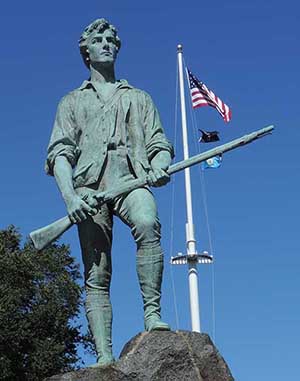 Lexington Minuteman is a life-size bronze figure of a colonial farmer with musket by Boston sculptor Henry H. Kitson. It stands at the southeast corner of the Lexington Battle Green, facing the route of the British advance.

Originally a functioning drinking fountain and watering place for men, horses, cattle and dogs, it was unveiled on April 19, 1900, the 125th anniversary of the battle. The sculpture/fountain was funded by a $10,000 bequest from Francis Brown Hayes.

The man atop the fieldstone base is supposed to depict Captain John Parker, leader of the Lexington militia in 1775, although no images of him exist. Medford resident Arthur Mather, among others, served as a model for the sculptor.

Although called the “Minuteman”, it is meant to represent a member of the Lexington militia, local colonists who had volunteered to be first responders to military and other threats. The actual Minutemen were an elite subset of this group, young and fit and able to respond quickly.

Location:
Intersection of Bedford Street and Massachusetts Avenue, at the southeast corner of the Battle Green 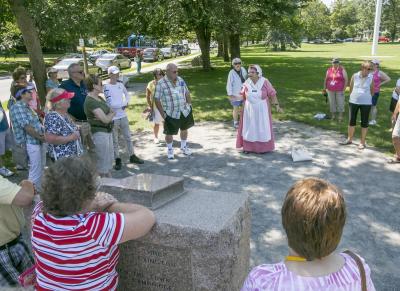 Imagine the Lexington militia lined up in the area marked by the two monuments on the Battle Green, facing a much larger contingent of British Regulars.

Tickets can be bought online or at the Visitors Center.

On the one hour tour, you will explore the many notable sites surrounding this National Historic Landmark. It is considered consecrated ground, both for the blood shed on it and for the Minutemen who are interred here.

It was here, on the morning of April 19, 1775, that “the first blood was spilt in the dispute with Great Britain,” as George Washington wrote in his diary. In this first skirmish, 77 Lexington militia, often called Minutemen (local colonists who had volunteered to be first responders to military and other threats) faced British Regulars.

Eight Minutemen lost their lives and 10 were wounded. Two British soldiers were also injured. After the battle, Samuel Adams exclaimed to John Hancock, “What a glorious morning for America!”

The Battle Green is a National Historic Landmard, and is considered consecrated ground, both for the blood shed on it and for the Minutemen who are interred here. It is one of the only places in the United States where the US flag is authorized by Congress to fly 24 hours a day.

There are several monuments on the Battle Green: 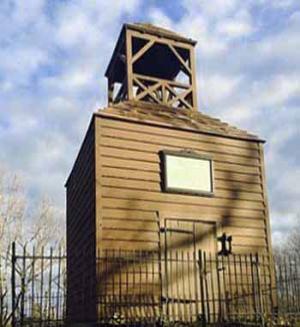 Originally built on its present site in 1762, the Belfry was moved to the Battle Green in 1768.

From there the bell summoned people to worship, warned them of danger, tolled on their deaths, and sounded the alarm of April 19, 1775. After the original structure was lost to fire, this exact reproduction was built in 1910 on the Belfry’s original site on Belfry Hill.

A plaque marks it's previous location on the Battle Green.

Location:
The Belfry is located atop the hill at Massachusetts Avenue and Clarke Street — to your left as you face the front of the Minuteman Statue.

The oldest tavern in Lexington, open for tours spring - fall. Find out more

The tavern was licensed to serve drovers in 1713, and served as a place for churchgoers during the Sunday nooning. Here, about 77 Minutemen gathered in the early hours of April 19, 1775, while awaiting the British regulars.

The interior today is much the same as it was when the tavern was the headquarters of the Minutemen. Among the many items on display is the Tavern’s old front door with a bullet hole from the 1775 Battle of Lexington.

To the left of the tavern is the Memorial to the Lexington Minutemen of 1775, erected in 1949, and containing the names of the Minutemen who died on the Green in the first battle of the Revolutionary War. The inscription reads “these men gave everything dear in life Yea and Life itself in support of the common cause.”

Location:
Across from the Lexington Battle Green at 1 Bedford Street.

The gravestones on this site, dating from 1690, are the oldest in Lexington. Burials here include many Revolutionary and Civil war soldiers and veterans, including a British soldier wounded on the British retreat from Concord on April 19, 1775 who died three days later in Buckman Tavern.

Location:
The Old Burying Ground is located off Massachusetts Avenue, west of the Lexington Battle Green. Walk in from Harrington Road at the stone marker next to the church. 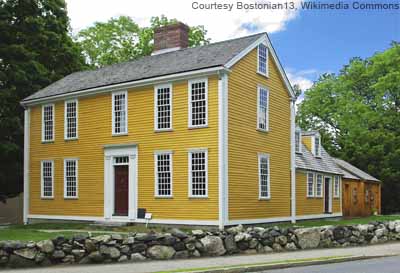 Home of the Hancocks and the Clarkes, this house was the destination of Paul Revere on the night of April 18, 1775, as he and William Dawes rode from Boston to warn the sleeping Samuel Adams and John Hancock (first signer of the Declaration of independence) of the coming of British troops.

The house contains period furnishings and portraits, William Diamond’s drum, and the British Major Pitcairn’s pistols. A barn behind the Hancock-Clarke House serves as the Society’s Fire Equipment Museum.

Built in 1847, the Depot building was once the social center and ceremonial heart of Lexington. At one time, as many as nineteen trains stopped there each day transporting passengers to and from Boston. This historic building has been renovated to serve as the headquarters of the Lexington Historical Society. 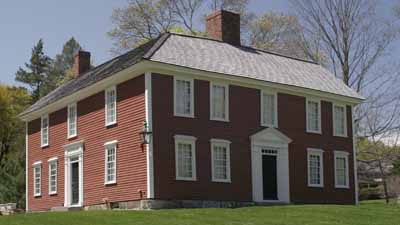 More than 300 years old, this former tavern served as a temporary headquarters and field hospital for British Brigadier General Earl Percy and his 1,000 reinforcements on the afternoon of April 19, 1775. Fourteen years later, President Washington dined at the tavern when he visited the Lexington battlefield in 1789.

The tavern contains artifacts from his visit and many articles used by the Munroe family when they ran the tavern from 1770 to 1827.

Please note, due to the current health crisis, masks are required when social distancing is not possible. 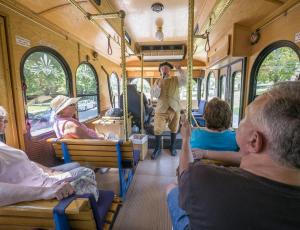 Ninety minute narrated tour through the history of Lexington and Concord.

A moving tribute to the 5 ships named for Lexington and the people who served aboard them.

This unique museum “tells the story of Freemasonry and fraternalism in the context of American history.” Many interesting online and inhouse exhibits of Americana.

Offering exhibits of local artists in their Parsons Gallery, as well as open studio tours,  classes, workshops and other events.

Munroe Center for the Arts

A community arts center with exhibits of local work, performances, and classes and workshops.